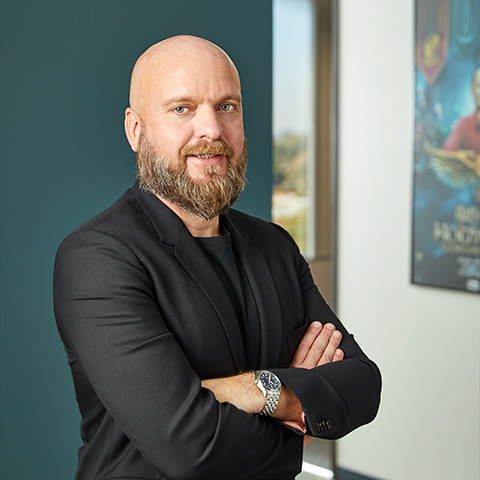 Robin Ashbrook is an Executive Producer and founder of theoldschool.

At theoldschool Robin opened his creative account with the award winning “The Final Table” for Netflix. This success was quickly followed up with the culinary smash hit “Bake Squad” and design competition series “Next In Fashion”. Both formats will return in 2023 for second series.

A creator and producer that is very comfortable working with elite talent, Ashbrook brought Gigi Hadid to “Next In Fashion” and welcomed Dame Helen Mirren into unscripted TV when theoldschool created and produced the highest rating unscripted cable show of 2021 with the event series “Harry Potter: Hogwarts Tournament of Houses” for TBS and HBO Max.

Prior to launching theoldschool Robin masterminded the FOX launch of ‘MasterChef’ and was the Executive Producer for nine seasons, he extended the “MasterChef” franchise by developing and launching “MasterChef Junior” which he managed for seven seasons. Robin is also responsible for the breakthrough Network unscripted hit “Little Big Shots,” hosted by Steve Harvey, which was NBC’s highest rating entertainment show in more than a decade.

Prior to relocating to the U.S. in 2008, he served as Creative Director of unscripted at the London-based company SHINE, where he created and produced multiple unscripted formats that became internationally recognized hits.