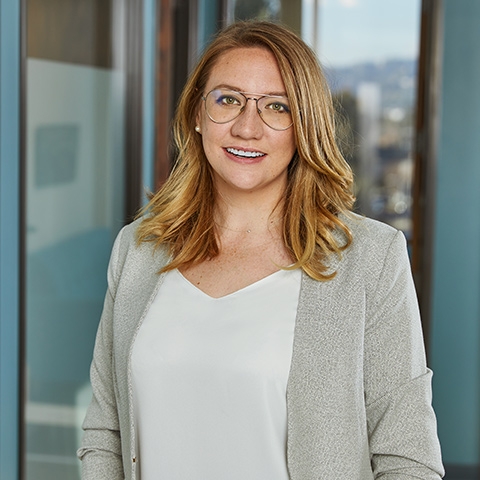 Having worked in many different facets of unscripted television for over a decade, Amy brings a holistic approach to the development team. Her foundation of the industry was built from network roles starting in scripted programming at Lifetime before transitioning to unscripted series & specials at ABC. It was there that she cut her teeth on juggernauts such as ‘Shark Tank’, ‘Wipeout’, ‘Supernanny’, ‘New Year’s Rockin’ Eve’, ‘The Oscar’s’ and countless more.

Prior to joining theoldschool, Amy held development executive positions at CORE Media Group and Spinnaker Chaos, a production label set up at Red Arrow’s Kinetic content. Throughout her career she has been in businesses with practically every major network and streamer including shepherding the sales of two seasons of Pop TV’s ‘Sing It On’, Lifetime’s ‘Prison Wives Club’, and creating an original competition format for Bravo, ‘Spygames’.

Amy’s inherent curiosity combined with an unwavering belief in the power of media to expand culture’s viewpoint drive her passion to create formats that are not only entertaining but also have something positive to say.