One simple element can unite people across cultures. Food is universal nourishment. While flavors, seasonings and ingredients may vary from region to region, food gathers people together around a table. In a divisive world, food can unify everyone’s similarities.

As people explore culture and flavor, the similarities can outweigh the differences. While Mexico might celebrate the simple taco, that dish doesn’t have to be limited to native Mexican ingredients. That fresh tortilla can be the vehicle for an exploration of flavor from other countries. Chefs who can see both the similarities and opportunities to elevate one regional dish into an exquisite plate of deliciousness are considered culinary greats.

In the new Netflix series, The Final Table, 12 teams of two internationally acclaimed chefs have gathered to compete for a spot of the table of the culinary greatness. Over ten episodes, these chefs will have to create dishes based on a particular region’s cuisine. In the end, only one chef will earn a spot at the table with the culinary icons.

Unlike other culinary competitions, this Netflix series focuses on the food. From how the show was shot to the group of chefs participating, this culinary competition is food-centric. Don’t expect to see yelling, crying or other kitchen meltdowns. Drama is not a key ingredient. These shows are about showcasing culinary talent and the deliciousness on a plate. 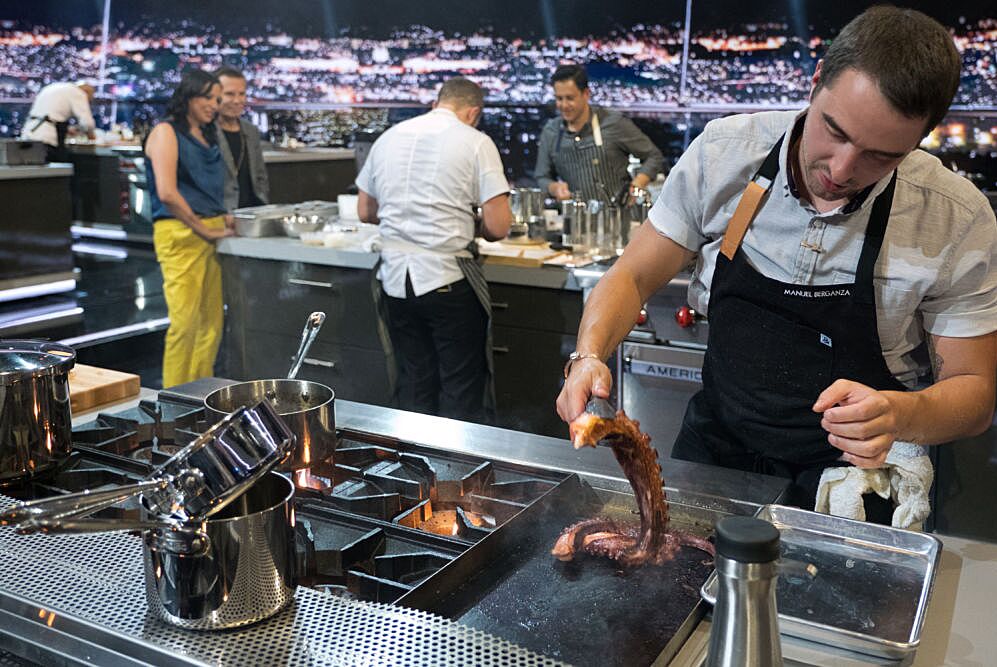 Recently, I had the opportunity to talk with the show’s executive producer, Yasmin Shackleton. After our conversation, I am even more excited about this Netflix series. While I might not be pulling out a pair of tweezers to plate my Thanksgiving dinner, I believe that this exploration of food and flavor will be both inspirational and educational for food fans and non-foodies, too.

Looking at the concept for this culinary competition, I asked Shackleton about the inspiration. She mentioned that her co-executive producer had the ambitious idea of bringing together the group of culinary gods, like a photo in a British publication. Although the concept sounded unobtainable, this program is actually that idea coming to fruition. From the competitors to the judges, this series is a gathering of culinary greatness.

With the concept in hand, I asked Shackleton about how the teams of two chefs were paired together. She said that some chefs knew each other and others were brought together. Overall, the teams needed to understand how their culinary styles would play off each other.

It wasn’t necessarily about being the strongest in one particular culinary point of view or being friends. These chefs needed to be adaptable, knowledgeable and innovative. Each episode’s challenges would push the chefs beyond their comfort zone.

For example, Shackleton referenced the theme of The Final Table’s first episode, tacos. One team hadn’t cooked a taco in decades. Even though this food genre wasn’t the team’s typical style, they were able to bring an authenticity to the dish that made it more Mexican than they realized.

This example shows the heart of this culinary competition. It isn’t about recreating a particular dish. Each episode looks to make a connection with the heart of the region’s cuisine. When the chefs can bring that soulful connection to a plate of food, that dish will impress the judges.

In the taco example, these dishes aren’t about filling a tortilla with proteins, vegetables, cumin and cilantro. The chefs needed to find a connection between the taco and their own culinary point of view. Of course, the connection to Mexico needed to be apparent, but they couldn’t forget themselves in the process.

Truthfully, every culture, region and cuisine has a form of a taco. That dish has a different name, but the concept is similar. Chefs who can find that similarity through their culinary interpretation will always be part of culinary greatness.

Shackleton raised a great point for the food fan watching this show. She, like many of us, sometimes gets into a food routine. For example, who doesn’t order that same, preferred dish at your favorite restaurant over, and over? One hope for this Netflix show is that fans will be more willing to explore foods and flavors. Maybe if you want a taco, you would order the pumpkin taco instead of just chicken, again. 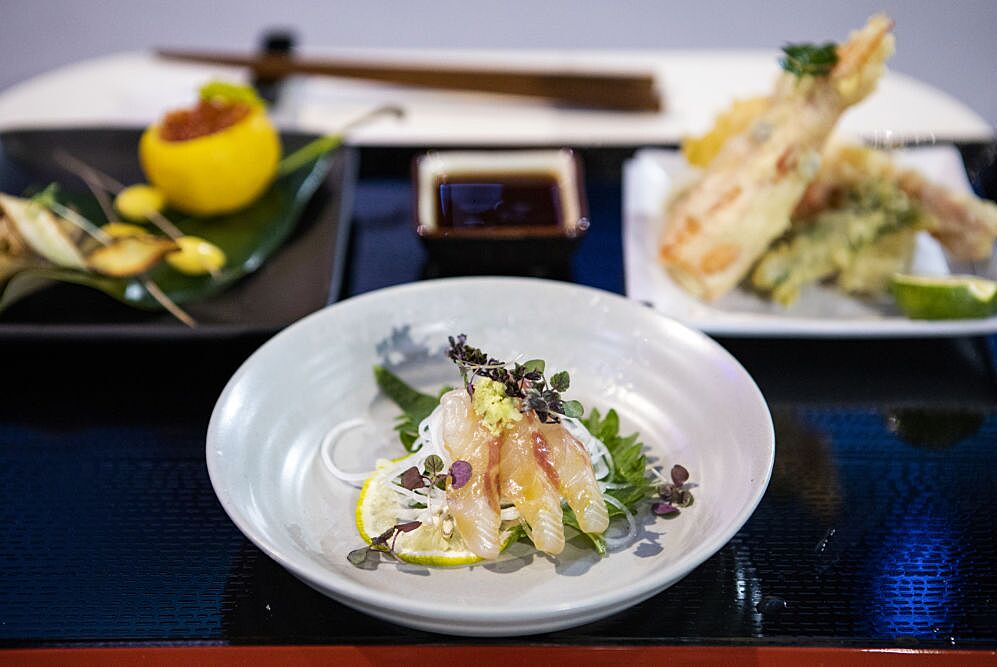 The heart of this show extends beyond the culinary competition. Like many food based Netflix programs, The Final Table is a celebration of food and people. Food is inclusive, exciting and influential. Yes, there is the competition aspect. Still, the connection from chef to food to table drives the success of this idea.

Think about some of the greatest meals that you’ve ever eaten. Some of the best chefs in the world are able to transform simple ingredients into an experience. Whether it recalls a memory, creates a desire or fosters an inspiration, some chefs are able to make that connection with their food. That plate becomes more than just nourishment for hunger, it becomes an expression of region, culture and even a chef, himself. Hopefully, this culinary show conveys this aspect to all the viewers.

Without revealing any spoilers about the show, Shackleton mentioned that some of the chefs have incorporated aspects from this show into their current menus. Cuisines and other chefs can, and should, inspire each other to evolve the food that people enjoy. Whether it is techniques, ingredients or culinary styles, that integration shows that food is inclusive. Around the table, delicious food can bring people together.

As food fans countdown the days till the November 20 premiere of the ten episode series of The Final Table on Netflix, I would encourage everyone to start a food conversation. While only a few will be culinary greats, anyone can be inspired by the chefs and cuisines on this show. Being willing to explore ingredients, flavors and techniques is part of being a fan of food. This don’t eat hungry program can be more than another culinary competition.

Who will earn a seat at The Final Table? That answer will be revealed soon. But, the bigger part of this show is how will The Final Table impact your love of food?

Click here to view the original article, including an interview with Executive Producer, Yasmin Shackleton.